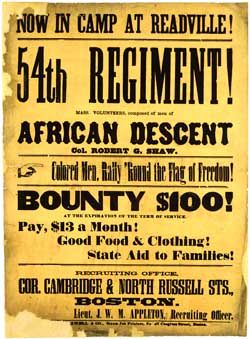 In the aftermath of the draft riots in New York City, today’s New York Times publishes a plea for churches to provide financial relief to help alleviate the suffering of the city’s blacks.

In the name of a humanity which they enjoy in common with all of us, we make an appeal to Christians, Christian churches and all humane citizens, in behalf of the unfortunate blacks of this City, whose persecutions during the three days of mob rule, have been so heartrending. We have already spread some of the facts and scenes — only a tithe of what occurred, however — before our readers. Hundreds of them have been killed in the public streets with atrocities such as we have never before read of in a civilized country, and such as will inflict indelible disgrace upon this Christian City for all time; hundreds of them have had their houses sacked and burned, and their little all forcibly taken from them; thousands of them have fled from the city in abject terror; and nearly all of them have been thrown out of employment. Neither sex, no age was spared; but wherever on this Island, for three days, a black man, woman, or piccaninny showed his or her head, the demon yell arose, and the most dreadful assaults and butcheries followed. It was a sort of St. Bartholomew massacre, more limited in extent, but with incidental horrors greater even than those of that day. There is no doubt that one-half the world will disbelieve that such things could take place in New-York in the Nineteenth Century; but, unfortunately, no one in this City can disbelieve it. No crime was charged upon them but their color, except in one or perhaps two instances, where distracted negroes undertook to defend their own lives. They were mostly inoffensive persons, and a large number of them were members of the various colored Methodist and Baptist Churches of the City. We do not help our case by saying that these atrocities upon our native blacks were not the work of persons of American birth; for, if Americans were incapable of active participation in such crimes, they at least stood passively by while they were being committed.

The suffering among those of the negroes who remain in town is now very great. Most of them are utterly destitute, as most of them were very poor, and depended entirely upon their daily labor for their daily bread.

We think, under these circumstances, that there could be no nobler charity than for the various Christian churches of this City to take up collections on Sunday next, and instantly adopt such other means as may be needed for the relief the distressed and cruelly persecuted blacks. The charity must commend itself to every denomination which believes in beneficence, and we trust that this is the case with most of them, by whatever name they may be called, We cannot leave these orphans whose fathers have been butchered in our streets, these wives whose husbands have been assassinated — we cannot leave those who have been maimed and bruised, and left houseless and penniless, to suffer in neglect while we have to spare. We but throw out the suggestion to the Churches and the charitable, and cannot believe it will be overlooked.

While free blacks in New York have taken the brunt of the anger of Northern immigrants — stoked by propaganda from Southern editors and politicians — concerned for their jobs, far to the South a U.S. regiment of African American soldiers is engaged in fighting the Confederacy over the fate of African slaves.

Fresh from yesterday’s victory on James Island near Charleston, South Carolina, the African American 54th Massachusetts Regiment, comprised of many African Baptists, begins evacuating from James Island in the early hours of the morning en route to Morris Island in preparation for an assault upon the Confederate’s Fort Wagner. The marching is quick and tiring with little sleep. As night falls, the 54th begins ferrying to Morris Island.

In the evening a moist cool breeze came; and at eight o’clock the regiment moved up the shore to a creek in readiness to embark on the ” General Hunter,” lying in the stream. It was found that the only means of boarding the steamer was by a leaky long-boat which would hold about thirty men. Definite orders came to report the regiment to General Strong at Morris Island without delay, and at 10 p. M. the embarkation began. By the light of a single lantern the men were stowed in the boat. Rain was pouring down in torrents, for a thunderstorm was raging. Throughout that interminable night the long-boat was kept plying from shore to vessel and back, while those on land stood or crouched about in dripping clothes, awaiting their turn for ferriage to the steamer, whose dim light showed feebly in the gloom. The boat journey was made with difficulty, for the current was strong, and the crowded soldiers obstructed the rowers in their task. It was an all night’s work. Colonel Shaw saw personally to the embarkation; and as daylight was breaking he stepped in with the last boat-load, and himself guided the craft to the “Hunter.” Thus with rare self-sacrifice and fine example, he shared the exposure of every man, when the comfortable cabin of the steamer was at his disposal from the evening before.

The ferrying thus continues through the early morning hours of the 18th, concluding only hours before the 54th will enter the history books as one of the most famous regiments of the Civil War.