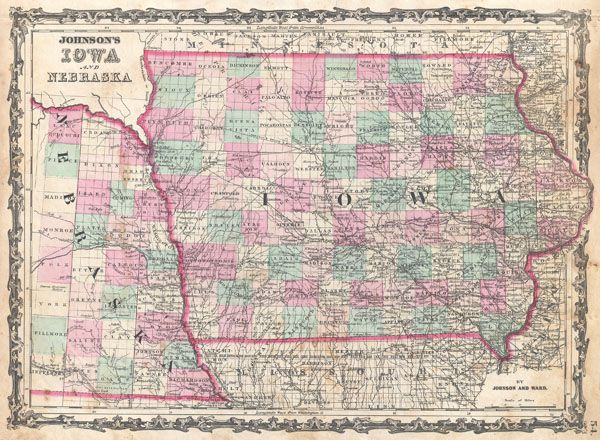 Prior to the war, “Lee Town” in Mt. Pleasant, Iowa became a refuge for escaped slaves fleeing from Missouri, as well as slaves freed by Missouri slave owners who came to oppose the peculiar institution. The Underground Railroad was nearby. Some freedman passed through Lee Town; others, finding protection, stayed.

Soon after the Civil War began, Camp Harlan was established in Mt. Pleasant in October 1861 as a training ground for Union troops and the raising of Iowa army regiments.

In 1863 the town’s old Methodist Church building was sold to local African Baptists. Separately, a “Freedmen’s School” opened in Mount Pleasant the same year; located near Tracy Lake, it was locally referred to as “Frog Pond School.” The school was started by a group of local ministers, while the Mount Pleasant School Board operated the school.

Meanwhile, the First Baptist Church has been involved in securing the funds to build a house of worship in which would also house schools for local freedmen, as the following local news story published this week indicates:

It is known to many in this community that some time last summer an effort was made to build a house of worship for the use of the First Colored Baptist Church of Mt. Pleasant, and also for the use of any colored schools which might be established here – Considerable money was subscribed for this purpose – nearly three hundred dollars of which was paid over to the Trustees of the First Baptist Church, who had the matter in charge. A very long delay has occurred in the prosecution of this enterprise, and some are asking what has become of the money paid in? It’s due to all the parties concerned, that this delay should be explained. For the purpose of making the matter as satisfactory as possible to all parties, the Trustees of the Baptist Church proposed to the School Board of this city to transfer to them all the funds raised, and let them purchase the property – taking the title in the name of the School District, and simply giving to the Colored Baptist Church a guarantee that they should have the use of it for meetings, when not needed for school purposes.

The proposition was understood to be adopted by the School Board – they agreeing to appropriate $150.00 dollars to the object, and the Trustees have been waiting, in good faith, to see it carried out. Recently, however, they have ascertained that the Board decline, for some unexplained reason, to carry out the arrangement, and the Trustees of the First Baptist Church now propose to go immediately forward and execute the original design themselves.

Those who have not paid their subscriptions may therefore expect to be called upon for them at an early day; and they would earnestly request any others who may be friendly to the enterprise, to come forward and assist. In behalf of the Trustees.

The new building apparently is not built in the coming months. The Methodist meeting house, converted to an African Baptist Church, remains in use as a church meeting house. The church building remains to the present day, currently utilized by the Second Baptist Church. It is possibly the oldest building in town, and perhaps the oldest black church in Iowa.

Meanwhile, in 1865 St. Michael’s Church building is purchased and converted into a school house for Freedmen. Two years later the Mt. Pleasant school system is integrated and the Frog Pond School closes. Mt. Pleasant and Henry County remain a center of reformist activity throughout the late 19th century.