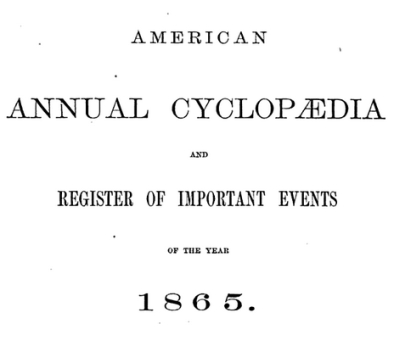 American (Northern) Baptists are wrapping up their annual national meetings, having adopted resolutions for sending missionaries among the freedmen of the South, supporting the abolition of slavery, and affirming black suffrage. The American Baptist Publication Society votes to raise $50,000 to send missionaries to the South to re-organize Sunday Schools among the white population and initiate the same among blacks.

On the other hand, many black Baptists of the South, previously members of white churches while enslaved are, as freedmen, leaving their former congregations and establishing their own churches, sometimes with the help of Northern Baptists.

New battle lines are thus being drawn. White Southern Baptists have no interest in working with their abolitionist brethren from the North, and black Baptists would be foolish to long remain under the spiritual direction of their former white church members who remain committed to black inequality and servitude.