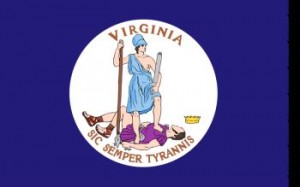 As the war moves into its third winter, the state of Virginia, home to Richmond, the capital city of the Confederacy, struggles all the more. The Virginia General Assembly is in session in Richmond today, the fifth day of the 1863-1864 session. Jeremiah Bell Jeter, pastor of the city’s Grace Street Baptist Church and ardent supporter of the Confederacy, has thus far opened each day’s assembly with prayer. The legislators need lots of prayer: fifty-seven bills from the previous session that are yet “pending and not acted upon” await action by an overwhelmed legislative body, bills that pertain to difficult financial issues, address the question of utilizing “free negroes to be employed in the service of the Confederate States,” propose to “punish persons for harboring and assisting deserters,” and much more.

Meanwhile, Baptists in Staunton, a Virginia town northwest of the capital and situated in the state’s mountainous region, are at work trying to help the growing numbers of poor and destitute. A Sunday School class of the Staunton Baptist Church (founded in 1790) today holds “an exhibition” to raise money to buy clothes for poor children. This is the second night of the event; two days prior, $305 had been raised.

Across the state, many Baptist readers of this week’s Virginia Baptist Religious Herald voice agreement with an editorial that laments the “heartless spirit” of their Northern “enemies” who supposedly treat their wage laborers with indifference, while expressing confidence that in God’s “Providence” Confederate victory is ultimately “an assured thing.”

“How long can the North continue this struggle?” was asked of Rev. Dr. Brisbane, a noted Baptist of Wisconsin. He replied, “Forever;” and then, by way of explanation, added: “In our State, the loss of manual labor withdrawn by the war, has been supplied by the introduction of improved machinery for reaping, mowing, etc., so that production has not been diminished.”

This is the heartless spirit actuating the policy of our enemies. The soldiers sent to the war are only so much “manual labor withdrawn!” What boots it that these soldiers are sent to perish from the diseases of an unaccustomed climate, from exposure and fatigue, from languishing wounds, from missiles “hurled with the violent speed of fire;” that their morals are tainted and their souls destroyed by profanity, drunkenness, obscenity, theft; that childless parents, widows, orphans, remain in desolate houses under the cloud of a great and life-long sorrow;–what boots all this, so long as ‘improved machinery for reaping, mowing, etc., prevents a diminution of production?’ Despotism has ever shown itself reckless of the lives of its dupes and instruments; and the North only keeps the beaten track of the oppressor from the dawn of history.

Will the God of righteousness and love deliver us a prey into the hands of a power which sheds remorsely, not our blood alone, but the blood of its own people as well–a power which makes itself crimson with the murder alike of those who withstand and those who trust and serve it! We cannot think so. No–not even in our moments of greatest depression. Our eventual deliverance is, to us, an assured thing. It were no less an impiety to believe that Providence is on the side of such heartlessness than to be believe that this heartlessness can prevail without the permission of Providence!

In the growing hour of Confederate darkness, religious revivals celebrating release from suffering in the afterlife thus contrast with the determination to fight for the perpetuation of human slavery in this life, an institution viewed not as oppressive, but rather as humane and God’s will for the black race.