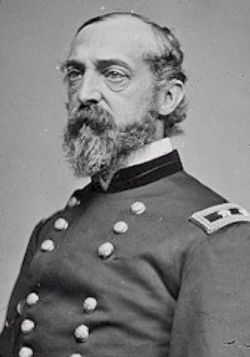 News from Gettysburg and Vicksburg has spread throughout the South, although thanks to the inefficiencies and shortcomings of communication, the facts are frequently interspersed with supposition and rumors. While yet uncertain of many details about Gettysburg, this week North Carolina Baptists’ Biblical Recorder editor J. D. Hufham breaks the sobering news of Confederate losses at Gettysburg, Vicksburg and beyond.

Nearly two weeks have lapsed since the series of battles near Gettysburg, and we are still without definite information concerning it. Rumors of the wildest and most exaggerated character have been freely circulated, but all that is definitely known is that General Lee fought the enemy on Wednesday, Thursday and Friday, the 1st, 2d and 3d instants, and was successful until Friday when he made an unsuccessful effort to storm the enemy’s fortified position. On Saturday he fell back to Hagerstown where he still was at the last advices. There are rumors of fighting at Boonsboro’ and Williamsport, but they are not confirmed. Meade it is said is concentrating his troops around Washington.

Our losses are heavy, estimated at 10 to 15,000 men, including a very large number of officers.–Generals Armistead, Barksdale, Garnett and Kemper were killed. Generals Anderson, Heth, Hood, Pender, Pettigrew, Seales and Trimble are said to be wounded. Pettigrew’s wound is slight. Pender and Seales are severely wounded. Hood was wounded in the arm but it was not amputated as at first stated. Trimble lost a leg.

Among the North Carolinians are Colonel Burgwyn of the 26th, and Colonel Marshall and Major Richardson of the 62nd are killed. The list of casualties from N.C., is doubtless a long and sad one, for her sons, as usual, were well represented and bore themselves well in the fight.

From about Richmond there are rumors of an attack, but we imagine that the rumors are without foundation. If an attack should be made, Gen. Hill, who is in command, will be ready to meet it. The enemy have withdrawn most of their troops from Suffolk.

In North Carolina all is quiet at present. The raid on Kenansville and Warsaw was much less serious than was at first reported. The force consisted of 650 men, who burnt a sword factory in Kenansville, stole some money, negroes and horses, and pillaged some private houses, and returned whence they came. A small force also came to Williamston a short time since, burnt a few houses, and committed other depradations.

From Charleston we learn that an attack has been made on Morris Island, and the Yankees have succeeded in effecting a lodgment on one end of the Island. This Island is 1200 yards distant from Fort Sumter and will be of material advantage to the enemy should they get entire possession of it.

The fall of Vicksburg is fully confirmed. General Pemberton surrendered on the 4th instant. The whole force was paroled, the officers being allowed to bring off their side arms and private property.–They were starved. Grant, at last accounts, had garrisoned the place and advanced on Jackson. He was near the place and heavy skirmishing had been going on.

From Tennessee we learn that Bragg has fallen back to the North bank of the Tennessee river, leaving Middle Tennessee at the mercy of Rosecrans. This step was a military necessity.

For all quarters the news is exciting, and further intelligence is looked for with anxiety.

In time the South will learn that her casualties at Gettysburg are far greater than Hufham estimates.

White Southerners, to be certain, are not alone in their despondency. Despite victory at Gettysburg, U. S. President Abraham Lincoln is angry at Union General George G. Meade for his half-hearted pursuit of the badly decimated Army of Northern Virginia commanded by Confederate Gen. Robert E. Lee. The war could have been over now if Meade had been more aggressive, Lincoln believes.

Today the president composes a letter chastising his general.

I have just seen your despatch to Gen. Halleck, asking to be relieved of your command, because of a supposed censure of mine. I am very—very—grateful to you for the magnificient success you gave the cause of the country at Gettysburg; and I am sorry now to be the author of the slightest pain to you. But I was in such deep distress myself that I could not restrain some expression of it. I had been oppressed nearly ever since the battles at Gettysburg, by what appeared to be evidences that yourself, and Gen. Couch, and Gen. Smith, were not seeking a collision with the enemy, but were trying to get him across the river without another battle. What these evidences were, if you please, I hope to tell you at some time, when we shall both feel better. The case, summarily stated is this. You fought and beat the enemy at Gettysburg; and, of course, to say the least, his loss was as great as yours. He retreated; and you did not, as it seemed to me, pressingly pursue him; but a flood in the river detained him, till, by slow degrees, you were again upon him. You had at least twenty thousand veteran troops directly with you, and as many more raw ones within supporting distance, all in addition to those who fought with you at Gettysburg; while it was not possible that he had received a single recruit; and yet you stood and let the flood run down, bridges be built, and the enemy move away at his leisure, without attacking him. And Couch and Smith! The latter left Carlisle in time, upon all ordinary calculation, to have aided you in the last battle at Gettysburg; but he did not arrive. At the end of more than ten days, I believe twelve, under constant urging, he reached Hagerstown from Carlisle, which is not an inch over fiftyfive miles, if so much. And Couch’s movement was very little different.

Again, my dear general, I do not believe you appreciate the magnitude of the misfortune involved in Lee’s escape. He was within your easy grasp, and to have closed upon him would, in connection with our other late successes, have ended the war. As it is, the war will be prolonged indefinitely. If you could not safely attack Lee last monday, how can you possibly do so South of the river, when you can take with you very few more than two thirds of the force you then had in hand? It would be unreasonable to expect, and I do not expect you can now effect much. Your golden opportunity is gone, and I am distressed immeasureably because of it.

I beg you will not consider this a prossecution, or persecution of yourself. As you had learned that I was dissatisfied, I have thought it best to kindly tell you why.

Upon penning the note, however, the president decides not to send it. Possible candidates to replace Meade are limited in quantity and quality, thus Lincoln ultimately allows Meade to remain in command of the Army of the Potomac.