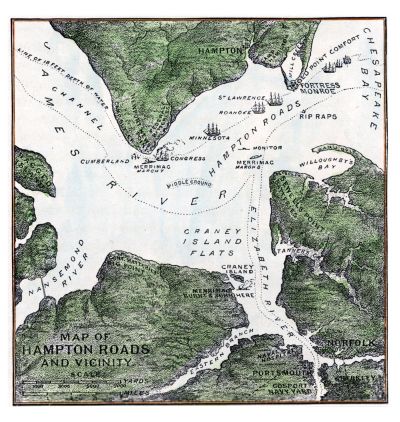 The African American Second Baptist Church of Hampton, Virginia was established in the months following the end of the Civil War. This week the congregation makes preparations for a celebration of January 1, 1866, the third anniversary of the Emancipation Proclamation, and the first since the effecting of freedom for all blacks with the Union defeat of the Confederate States.

First meeting in the Hampton court house, the congregation now meets at the Whittier School near Emancipation Oak, the site of the first reading of the Emancipation Proclamation to black persons in Virginia’s Peninsula area.

“At an adjourned meeting of the colored citizens of Hampton, and vicinity held on Sunday, December 17th, for the purpose of making arrangements for the proper observance of the 1st day of January 1866, Rev. William Thornton was chosen Chairman, Mr. A.W. Weeks, Secretary. On motion of Mr. Thompson Walker, a committee of five, viz- Messrs. Cornelius Allen, Robert Baily, William Davis, John Smith and Peter Pryor, were appointed to make the necessary arrangements for the celebration. . .”
White citizens, meanwhile, are determined to keep freedmen in servitude. Many restrictions remain, including the inability of black ministers in Virginia to legally perform weddings of black persons. In 1866 this restriction comes to an end.
In the years to come, the Second Baptist Church, later Queen Street Baptist Church, emerges as a leading African American church in Virginia.
Sources: “Queen Street Baptist Church,” Virginia Department of Historic Resources (link); Emancipation Oak (link)